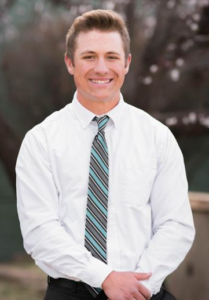 Randall Adcock participated in the dual-credit program. He received his Gila Community College degree in May 2018, before he collected his Payson High School diploma.

“I am currently enrolled at ASU in Barrett’s Honors College, pursuing a degree in chemical engineering, in the field of energy. If I had not taken the dual credits, I may have been intimidated, but instead, I knew what to expect. My brother came through two years before me and he did not participate in the dual-credit program, so he was not ready for the big schools and he did not have any credits. It has been a lot more expensive for him. The dual-credit program gives advanced kids somewhere else to go, challenging those higher-level kids”.

“Although it has definitely been a weird year, everything is going well. There hasn’t been any major shifts in my goals but I have narrowed my focus on what I want to work on. I have started a minor in Energy and Sustainability and plan to work for a sustainable focused company as a chemical engineer, or work to make a process more sustainable as a chemical engineer. I expect to graduate after two more years although I am considering pushing through and getting a masters or a doctorate. I am trying to get an internship next summer somewhere in the valley”.

When asked what advice he would give high school students, he states:

“As ‘grown-up’ as it sounds, treat school like a job because it will pay off in the future. Whether it’s scholarships, good test scores, the knowledge that you gain or just maintaining that work ethic are all something that are easier once you do it the first time (just do it)”. 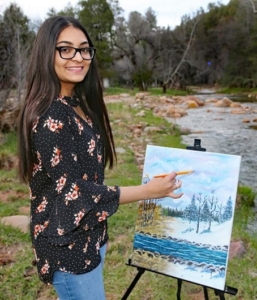 Kajal Daya was 2019 valedictorian of Payson High School, graduating with a 4.2 grade point average, earned a record completion number of dual-credit classes while attending Payson High School. She is currently attending ASU and majoring in chemical engineering. She plans to become a certified pharmacist. The dual-credit program has helped three members of their family.

“Education has always been important to our family. Our mom and dad have always taught us to do our best, make education your number one priority and you will become successful. It has allowed my sister, Priyanka, to graduate with three majors (finance, accounting, and computer information systems) within four years and helped me to get more prepared before starting at the university”.

When asked about the value of the dual-credit program, she stated:

“The Aspire Foundation has impacted my education significantly. The dual credit program has not only allowed me to get a head start on my college education but it has also prepared me for what to expect when transferring to a university. Aspire Foundation has had a strong influence on my success so far that I will forever be grateful for all the opportunities it has presented me. I encourage other individuals to partake in this foundation and take advantage of all the opportunities the foundation has to offer due to the fact it has successfully put me on the right path for my career”. 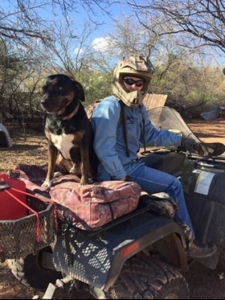 Michael Cline, the fifth-generation Tonto Basin student was the 2020 Payson High School valedictorian and an Aspire Arizona Foundation dual-credit student, he has risen above the challenges. His father operated the machinery needed to drive the support pillars of bridges down to bedrock, which required travel all over the country. So after the divorce, his dad decided to move back to Tonto Basin — where Michael could live with his grandmother and have a stable home and education. Most of the year, his father was away. But every night his dad called him and asked that Michael share his day. Every summer, he would travel with his dad to the job sites.

“I learned a lot of stuff on the job. I know the basics of pile driving. He taught me a lot about it. Essentially, it taught me to always look forward. It’ll be better on the other side. Focus on the future more than what happened in the past.”

His coach Jonathan Ball, advised the scrappy, 5’8” tall Cline to become a sprinter.

And so he became a shot putter and discus thrower, substituting grit for body mass. Year by year, he got better. This year, he would have gone to the state tournament, if the virus hadn’t canceled it.

Outside of training to throw a 16-pound shot put as far as he could, he also loved fiddling with engines — like his neighbor’s lawnmower. He decided he’d become a mechanical engineer.

Now he’s got a $72,000 scholarship to attend Embry-Riddle Aeronautical University in Prescott, with a year of classes already under his belt.

In his speech, he celebrated his teachers — especially the tough ones who demanded his best, further stating:

“So to this class of 2020 be proud of yourself, don’t look on these last few months with self-pity because you missed the prom or an award assembly or a concert or a track meet. Be proud of your hard work, resilience, and tenacity to make it to the finish. Take the time to work on yourself, to be a better person every day, and to hold fast to your values to meet the expectations to become the best version of yourself. The winning results come from your hard work, learning from failure, and above all else being persistent. Set your goals and remember they should never be too easy. After all, the choice is always yours to improve.”

When asked about the impact that the Aspire Foundation has had on his life, he stated:

“The Aspire Foundation has impacted my education significantly. The Dual Credit Program has not only allowed me to get a head start on my college education but it has also prepared me for what to expect when transferring to a university.”

Michael was also the guest speaker at the MHA Foundation’s Black and White Ball of 2020 (the fundraiser for Aspire Arizona Foundation) in which he shared:

“I’ve been accepted to six universities for engineering, all with scholarships.”

He has graduated with his first year of college already completed, thanks to the innovative program that pays the tuition for college courses at the Payson High School campus. Cline shared he had never attended such an event, but now hopes to graduate, get a good job and,

“Come back to buy a table at the Black and White Ball.”