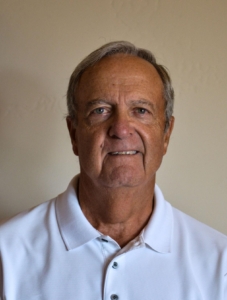 Paul Brocker brings 40 years of public relations, fundraising and marketing experience to the Aspire Arizona Foundation Board.  His background includes almost 30 years in higher education and 10 years in both the corporate and sports marketing and writing.

He retired from Regis University in Denver in 2010 where he served as Associate Vice President responsible for University Communications for 22 years and Executive Assistant to the President for three years.  During his time at Regis he also assisted in planning the University’s $75 million “Writing the Next Chapter” fund raising campaign that eventually raised $82.5 million.

Brocker had brief stints as a sports writer with both the Augusta Chronicle Herald in Georgia and The Denver Post and was a Staff Writer for Army in Europe magazine in Heidelberg, Germany during his military service. 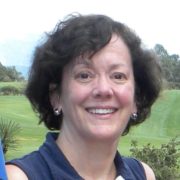 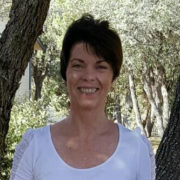 Sanja S. Long has served as the CEO both the MHAF Foundation, since its inception in June 2015, and its predecessor organization the Mogollon Health Alliance (MHA), since March 2012. As CEO, Long orchestrates several major events held by the MHAF which enhance or promote health, education and wellness in the Payson community. Events include: MHAF Women’s Wellness Forum, the MHAF Community Health & Care Fair and the MHAF’s annual Black & White Ball fundraiser.

Sanja currently sits on the Boards of several non-profit organizations in Rim Country, including Aspire Arizona Foundation, Rim Country Educational Foundation and Rim Country Chamber of Commerce. She was a member of the Volunteer Planning Committee for a University Campus in Payson.

Prior to joining MHAF, Long was on active duty as a captain in the U. S. Army and served as a military lawyer in the Judge Advocate General’s Corp, stationed at Fort Lewis, Washington. She earned a BA in Accounting from North Carolina State University, and graduated from law school at the University of North Carolina at Chapel Hill in 1991. She passed the bar exams in Arizona, California, New Mexico and Nevada. Sanja moved to Payson in 2006 and has two daughters.

History of the AAF – The Rim Country Educational Foundation (RCEF), LLC, an entity of the MHA Foundation, served as a forerunner of the Aspire Arizona Foundation. Through the RCEF, approximately 200 donors, primarily those with homes in Payson, made donations ranging between $100 and $25,000 for a total of $190,000, including grants. These donations were used to pay required pre-development expenses to acquire the land from the United States Forest Service. Through the generous support from the MHA Foundation, the RCEF funded the $4.1 million acquisition of the 243 acre USFS site in October, 2015 and has been paying for design and engineering plans for the new campus.  When permanent financing for the project is complete, pre-development funds will be repaid and become the seeds of the AAF endowment.